The Parish of Brewood and Coven, with Bishop’s Wood and Coven Heath is situated in the South Staffordshire countryside, adjoining the Shropshire border. It is currently the largest in area in South Staffordshire, covering some 12,500 acres. The Parish has a population of around 7,500 and comprises four distinctly separate villages and many small hamlets. 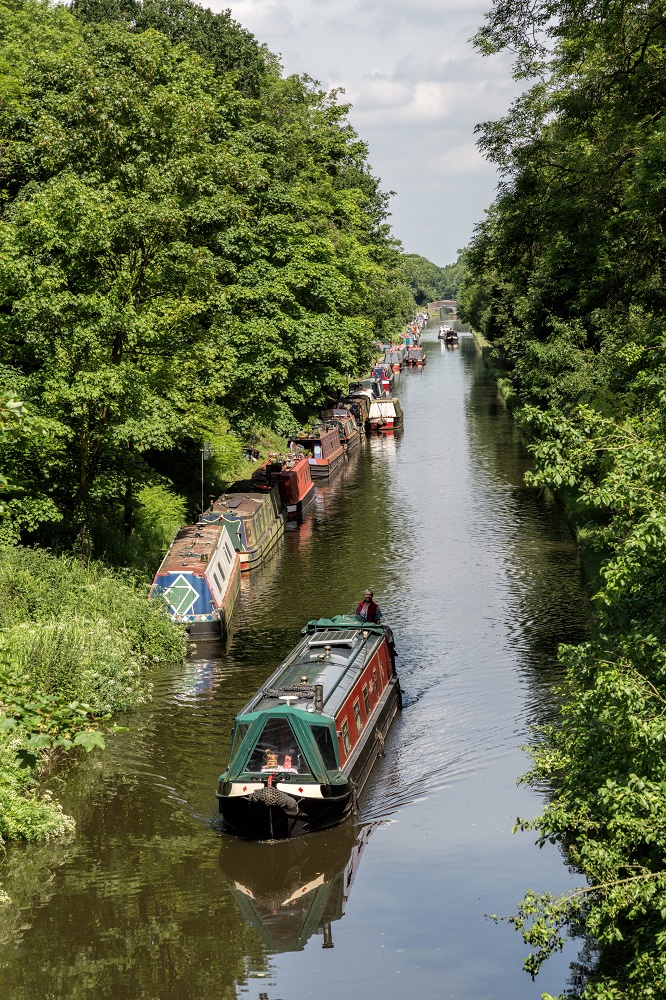 Brewood dates back to Anglo-Saxon times and became a notable market town following the Norman Conquest. The town’s national significance declined during the 19th century, having been greatly affected by the Agricultural and Industrial Revolutions.  On the positive side, today’s village has changed relatively little since then, although the population has expanded.

Brewood retains its original character and has been designated a Conservation Area. There are many listed buildings: half-timbered old houses and cottages in the traditional black-and-white style, lie alongside dignified houses of the Georgian and Queen Anne period. It is difficult to isolate any for special mention, but Dean Street is particularly appealing, providing a very attractive setting for the Parish Church of St Mary, the Virgin, and St. Chad.

Brewood is much loved by canal folk and pleasure cruisers. The Shropshire Union Canal (also designated as a Conservation Area) runs through the village, which offers a unique route to the walled city of Chester. The village provides a pleasing selection of shops and public houses, as well as restaurants and tea rooms. There are many local attractions, and events all year round.

More information on the history of Brewood is available in the History section and further images can be found in the Image Gallery. 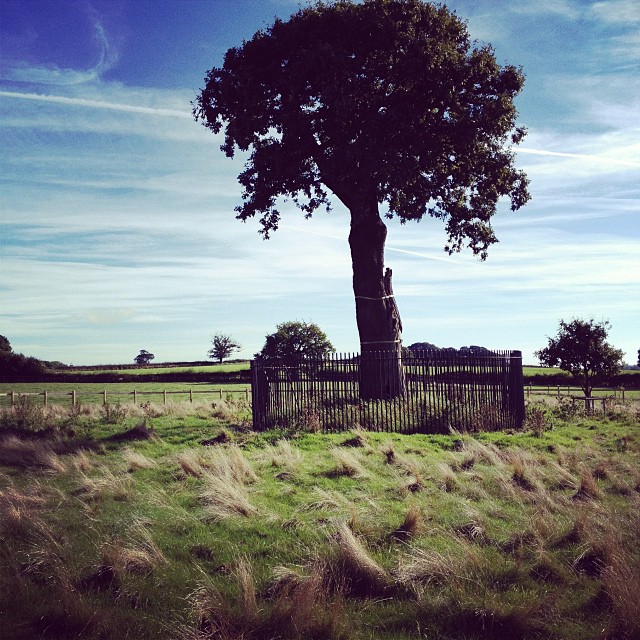 The village of Bishop’s Wood lies three miles to the west of Brewood on the Shropshire border, just south of the A5. At its highest point the village is just short of five hundred feet above sea level and boasts panoramic views taking in Belvide Reservoir and Cannock Chase.

The area is steeped in history and probably derives its name from the country residence of the early Bishops of Lichfield. Boscobel House, the famous King Charles Oak tree, Whiteladies Monastery, The Blackladies Priory and Weston Park are all within easy walking distance.

The village today is a mix of both old and modern development. Newcomers to the village quickly become aware of the close-knit community spirit and active social life. The well-used village hall, re-opened by the Earl of Bradford, has been extended and refurbished with the help of a lottery grant and funding from the Parish and District Councils. The hall must surely now rank amongst the best in Staffordshire.

There are several scenic walks in the area and damson trees can still be spotted in many of the hedgerows. They are the remnants of a past era, when damsons were collected and sent to Liverpool for dyeing naval uniforms, the pulp being sent to the jam factories. 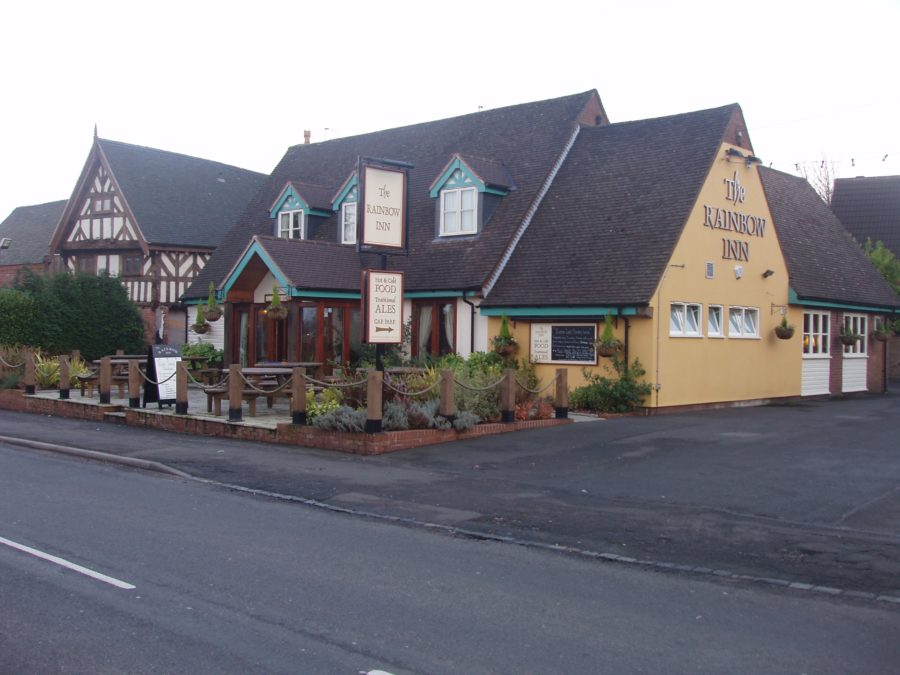 Coven also has a long history, having been mentioned in the Domesday Book and later becoming a local centre of industry. Today it is a modern village, popular for its commuter links, but there are still a number of architecturally notable buildings, such as Grange Farm on the Brewood Road and St Paul’s Church.

The small shopping parade caters for most needs.  There is a choice of three public houses; a golf complex with a recently refurbished bistro; and a popular village hall where dances and varied leisure activities take place. The village boasts a modern school, well-equipped playing field, tennis and basketball courts and football pitches, and a range of clubs catering for young and old alike. Coven has become a popular place to live, attracting many young families to the area. Although there has been new housing developments the village still remains essentially rural with a village outlook and friendly atmosphere.

The South Staffordshire & Worcestershire Union Canal crosses through Coven and this and the nearby Shropshire Union Canal are extensively used by pleasure craft. There is a wharf at the Fox & Anchor Inn and also a marina at Calf Heath where you can enjoy a pleasure cruise. 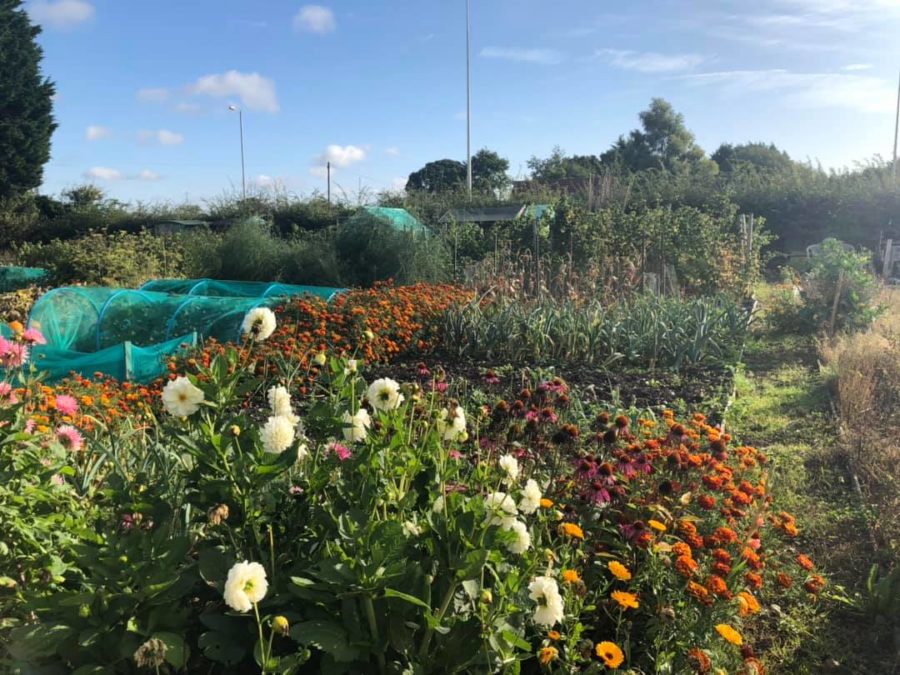 Coven Heath is depicted on William Yates’ 1775 map of Staffordshire as heathland, much more extensive in those days than it is today. An Indenture relating to the estate of James Hordern, dated 1801, refers to a windmill being enclosed out of the common known as Coven Heath. Today only the remnants of the heathland survive and the windmill has been long since gone. However, there still remains a landmark to the past era in the form of the tiny chapel which is now named The Church on the Common. The chapel first appeared in the Diocesan Lists of Mission Churches in 1873 and thereafter is listed as Coven Heath Chapel or Coven Heath School. The 1848 Bushbury Tithe map states Theodosia Hinckes as the owner of the land upon which it stands and the building is attributed to her. She was a noted benefactress who, during her lifetime, 1792-1874, donated money and lands for the building of schools for the children of the Bushbury Parish and also the building of St. Mary’s Church. Much of Coven Heath was in the Manor of Bushbury and remained in the parish of Bushbury up until 1934, when it was transferred to Brewood under the Local Government re-organisation. The Church on the Common, however, has continued to be administered by the clergy of St. Mary’s, Bushbury until recently but has now been declared closed and is a residential property.

Now Coven Heath straddles the A449, close to its junction with the M54. There is a mixed development of old and new property and several mobile home parks. Keen gardeners are well catered for, having a choice of several well-stocked nurseries in the vicinity and an opportunity to rent one of the Council’s allotments in Ball Lane. In 1651 Charles II passed though Coven Heath on his way to Moselely Old Hall, having fled from the Battle of Worcester. The Staffordshire and Worcestershire Canal passes through the village. 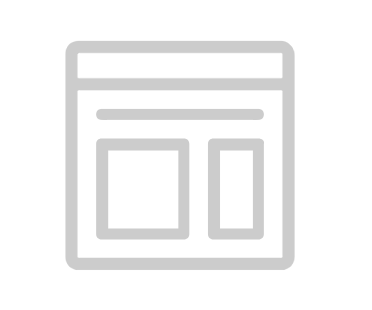